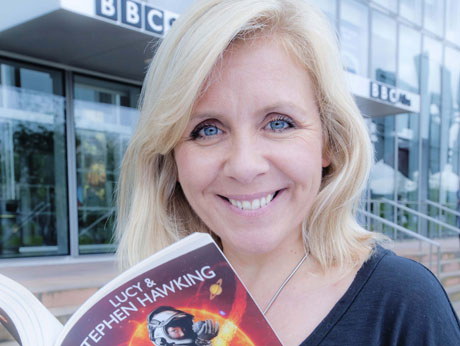 Lucy Hawking and Curved House Kids have launched a new UK Space Agency-funded STEM literacy project to get 500 primary schools involved in ESA astronaut Tim Peake’s mission to the ISS. Tim’s mission, called Principia, blasts off with a launch in December from the Russian spaceport at Baikonur, Kazakhstan. As Tim lifts off, school students will follow his mission by creating a personalised log book, the Principia Mission Space Diary.

“Through imagination, scientific research and creative writing, we are all going into space with Tim Peake as he makes his journey to the International Space Station.”

With scientific and puzzle-creating support from Professor Peter McOwan and the Centre for Public Engagement at Queen Mary University of London, Lucy Hawking and the team have devised a fully illustrated activity book. The book is packed with activities that inspire children to read, write, draw, research, experiment and problem-solve while strengthening STEM, literacy and visual literacy learning.

In video clips included with the programme, science communicators and experts such as Stephen Hawking, Carol Vorderman, Dallas Campbell will offer their views and insights to help the students complete their monthly mission challenges. These videos are filmed among the world-leading collections at London’s Science Museum.

“The Space Diary is full of visual activities and we hope this creative, interactive approach will encourage more children to get involved in Tim’s mission. Students will be learning about space and science while forging a love of books at the same time.”

The Principia Mission Space Diary is one of nine projects to be awarded funding by the UK Space Agency, as part of a scheme to support educational outreach associated with Tim Peake’s mission.

“We’re delighted to support another project that brings space and Tim’s mission to creative young people around the UK. We hope that schools and students will get involved and take advantage of this unique opportunity to learn new skills as they follow an astronaut’s adventure.”

Hawking and illustrator Ben Hawkes launch the project today with a school event at Islington Central Library as part of World Space Week. About 60 students from two local primary schools will test the content of the Space Diary during a 90-minute Astronaut Bootcamp.

For other schools wanting to get involved, the website is now open for sign-ups and all primary schools in the UK are invited to register at principiaspacediary.org to receive free copies for up to two classes (60 students). Books will be delivered in the first week of December. Schools will then have access to an online portal releasing new video content, teacher guides and resources for six months worth of activities. This programme is free but places are limited to the first 500 schools to sign up, so be quick!

Lucy Hawking is a British author who works with scientists to write adventure stories about their research for primary school aged audiences. Lucy’s books, the George series, combine story telling with science and give young readers an exciting and entertaining introduction to the world of science and maths. An Oxford graduate, Lucy started her writing career in journalism and worked for British newspapers, radio and magazines before becoming a published author.  The George series of books is published in over 40 languages and is now in production as an animated television series with DHX Media. Lucy has been recognised for her work in science and education with several awards – she won the Sappio Prize for Popularizing Science in Rome 2008 and the UNSW Medal 2015 for Science Communication and was awarded a Doctorate in Science by Queen Mary University of London in July 2015. Lucy has travelled the world giving talks about science to young audiences. She has frequently featured on television and radio, both as a subject and as a interviewer. Lucy is a trustee of the Autism Research Foundation, supporting scientific research into the condition of autism.

Curved House Kids has a simple mission: improve literacy levels among digital-native children by creating books that reflect the world these children are entering– a world that is visual, interactive and full of tools that allow individuals to create. All of the Curved House Kids books and workshops empower children to make their own books – in print, digitally or both, and in doing so they nurture the instinctive visual literacy skills that digital native children possess. Making children part of the creative process ensures that they form a strong bond with books and an understanding for how reading, writing and drawing can positively impact their lives. Curved House Kids founder Kristen Harrison is a former Penguin editor who now runs publishing and design agency The Curved House, alongside Curved House Kids. She sits on the board of the International Visual Literacy Association and holds a Masters in Communications.

Peter McOwan is a Professor of Computer Science at Queen Mary University of London and Vice Principal (VP) for Public Engagement. His research interests are in human perception, artificial intelligence and robotics. He is a space enthusiast and amateur magician and has used these talents successfully in a number of outreach projects, from our-space.org which charts computer games developer Richard Garriott’s adventures in space, to The Manual of Mathematical Magic, where he teaches fundamental mathematical and computing  principles through simple magic trick. He is also the co-founder of the innovative cs4fn project (cs4fn.org) and holds a HEA National Teaching Fellowship award. Peter was also awarded the IET Mountbatten Medal in 2011 for his work in public engagement. In his role as VP he also oversees and champions all the College’s outreach activities created the College’s Centre for Public Engagement.

Astronaut Tim Peake will begin his five-month mission on the International Space Station in December 2015, becoming the first British ESA astronaut to visit the station. His mission is called ‘Principia’ and together with the UKSA and ESA, Tim has a number of educational outreach activities associated with the mission, designed to get children and young people engaged in STEM learning.

Tim will be involved in many experiments aboard the ISS during his mission. Research in space crosses many different subjects – the unique environment of the ISS offers a great opportunity to investigate novel materials, life in space, the human body, fluid physics, new technologies and many other things. Through the Principia educational activities, students have the opportunity to engage in a rage of related activities.

The UK Space Agency is at the heart of UK efforts to explore and benefit from space. It is responsible for all strategic decisions on the UK civil space programme and provides a clear, single voice for UK space ambitions.

The Agency is responsible for ensuring that the UK retains and grows a strategic capability in the space-based systems, technologies, science and applications. It leads the UK’s civil space programme in order to win sustainable economic growth, secure new scientific knowledge and provide benefits to all citizens.

About the European Space Agency (www.esa.int)

ESA is an intergovernmental organisation, created in 1975, with the mission to shape the development of Europe’s space capability and ensure that investment in space delivers benefits to the citizens of Europe and the world.

One other Member State of the EU, Hungary, has signed the Accession Agreement to the ESA Convention and, upon ratification, will soon become the 22nd ESA Member State.

ESA has established formal cooperation with seven other Member States of the EU.

Canada takes part in some ESA programmes under a Cooperation Agreement. ESA is also working with the EU on implementing the Galileo and Copernicus programmes.

By coordinating the financial and intellectual resources of its members, ESA can undertake programmes and activities far beyond the scope of any single European country.

ESA develops the launchers, spacecraft and ground facilities needed to keep Europe at the forefront of global space activities. Today, it develops and launches satellites for Earth observation, navigation, telecommunications and astronomy, sends probes to the far reaches of the Solar System and cooperates in the human exploration of space.

FOR FURTHER INFORMATION AND ENQUIRIES 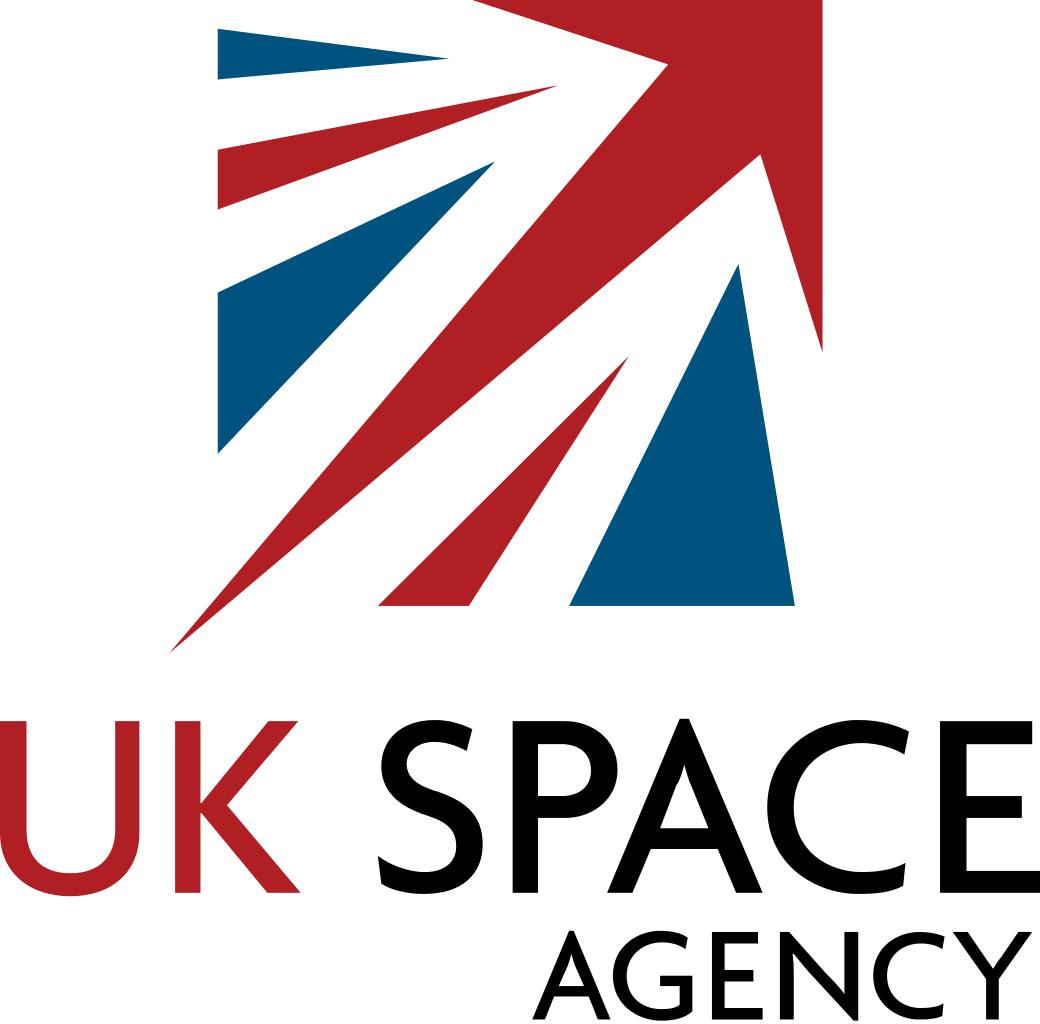 Calling Awesome Teachers: Be Part of a Unique Space Mission

Calling Awesome Teachers: Be Part of a Unique Space Mission